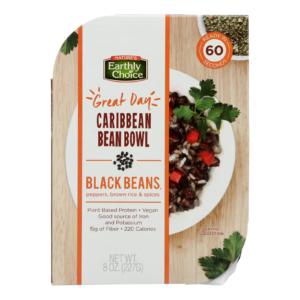 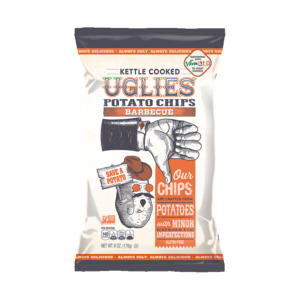 UGLIES® Kettle Cooked Potato Chips are chips crafted from potatoes with minor cosmetic imperfections. This includes potatoes that are too large or too small; those with the wrong color or have the wrong sugar content. Some of the potatoes are slightly blemished and, of course, some are just farmer surplus. Until now, these orphaned potatoes were destined to become food waste. UGLIES has helped to reduce food waste by saving over 1,500,000 pounds of potatoes since 2017.

Just to be clear, the potatoes we use are NOT diseased, rotting or unripe.

If you want to know more about healthy options for snacks, read more in our blog: Healthy Office Snacks

Disclaimer: These statements have not been evaluated by the Food and Drug Administration. This product is not intended to diagnose, treat, cure or prevent any disease.

Mark Dieffenbach started making his own potato chips on his kitchen stove in Berks County Pennsylvania. His chips became very popular with family and friends and a short time later he built his own kettle cookers, which the third generation of the Dieffenbach family stills uses today. As the business grew, Mark needed larger fryers and expanded from his kitchen to a small plant in the garage – on this exact site.

Dieffenbach’s began churning out chips from the 10,000-square-foot addition to the factory on Host Road in Womelsdorf. The new facility, which is attached to the old, more than doubled the chip maker’s capacity for production. The oil storage capacity expanded for greater variety, increased prep areas and water storage. The company grew from operating with two kettles to five kettles.

The One Potato Two Potato line expanded to include exotic root chips, including parsnips, taro, batata and yuca.

Dieffenbach’s introduced its newest brand, Uglies® at the Pennsylvania Farm Show. Unlike any potato chip snack available, Uglies® are made with potatoes that have slight cosmetic imperfections and may otherwise be discarded.

Uglies® brand is uniquely committed to reducing food waste (purpose) and fighting hunger (cause). 10% of proceeds are donated to VivaKids to help fight hunger and break the cycle of poverty.

Dieffenbach’s Potato Chips new warehouse and processing plant opens. In total, the new facility is 106,000 square feet and is home to the company’s DSD (Direct Store Delivery) operations, their national distribution for both company and private label brands, and a new state of the art manufacturing line that is capable of processing more than 15 million pounds of potatoes annually. The future plans for the site would increase that capacity to 200 million lbs.

Redesign and reintroduction of The One Potato Two Potato premium line, focusing on sweet potato and other root chips such as parsnips, taro, yuca and batata.

Through the generations, Mark’s son, Elam, and now grandson, Nevin, continue to use the family recipe to produce the best tasting kettle chips, sweet potato chips and root vegetable chips made with the finest hand-selected ingredients.