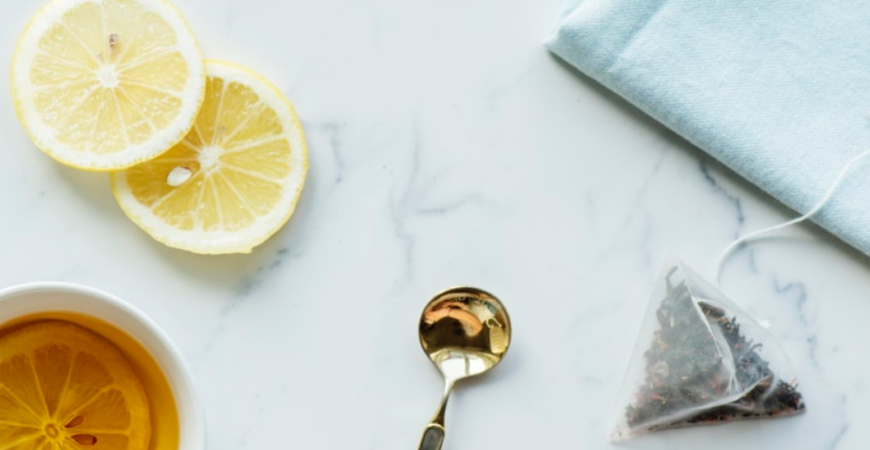 Organic and plastic free teas – did you know most mainstream teabags contain microplastics?

Tea lovers have been dismayed recently to discover that many traditional teabags contain small amounts of plastic, called polypropylene, often used in heat sealing methods in teabag production. In recent years the widespread realization that we are drowning in single use plastic and microplastic particles are everywhere – including in our bodies and in the environment as far away as the North Pole.

A new study at McGill University found that one teabag can release billions of microplastics into a cup when hot water is added to seep the tea. These researchers also found evidence that these microplastics are bad for our health (plus its disgusting to think of consuming plastic!) and bad for the environment.

A teabag might be small but considering we Americans drink 84 billion servings of tea  each year and 86% of this is made using teabags, it really adds up!

Those small particles of plastic leach into the soil if you’re composting, or through your teabags going to landfill. That’s tea waste that cannot be composted without releasing billions of plastic microparticles into the land and sea.

What can you do to avoid plastic in your tea right now?

We’ve selected some of the best organic, premium and plastic-free tea brands for both for teabags and loose leaf teas!

Yogi Tea’s green, black and herbal wellness teas are made to do more than just taste good.
From floral and soothing Honey Lavender Stress Relief tea to spicy and warming Ginger tea, their best selling teas are a naturally tasty way to support your body and mind. They also have specialty blends for hair and skin!

We selected the best Yogi Teas for you!

Using organic ingredients encourages farms to maintain or improve soil and water quality, and helps support ecological balance and biodiversity conservation. They are proud to share that all Yogi teas contain organic ingredients, and the vast majority of their teas are USDA Organic Certified or Made with Organic.
Additionally, they require that their suppliers follow the National Organic Program (NOP) for all ingredients they procure from them. According to the standards set forth by the NOP, suppliers must be able to document that these ingredients – and thus, their teas – contain:

Once their tea blends are ready for packaging, they’re placed inside tea bag filtration paper made from a select blend of high-quality manila hemp (abaca) fibers and wood pulp, which is free from plastics.
This filtration paper is oxygen bleached – a natural process that’s free of chemicals or toxins. Along with all other components of their packaging, this paper is free of gluten, GMOs and corn, and does not contain any of the eight FDA-recognized allergens (tree nuts, peanuts, milk, eggs, fish, crustacean shellfish, wheat or soybeans).
Once their tea blends are secured in tea bag filtration paper, they are then individually packed in heat-sealed envelopes to preserve their intrinsic health benefits and maintain freshness and delicious flavor.

They’re committed to doing their part to protect and give back to the planet that gives us so much.
All components of their packaging are printed entirely with environmentally-friendly, vegetable-based inks. Their tea cartons are made from 100% recycled paperboard, and their case boxes are made from 60% recycled materials.
All Yogi tea bag components are compostable with the exception of the staples used to seal the bag and attach the tag on some of their teas.

Traditional Medicinals teas are made with a conscience.

They’re committed to sourcing botanical ingredients that are produced according to rigorous sustainability standards, including criteria for measuring ecological, economic, and social sustainability.

These Traditional Medicionals are the best for this cold season!

Today, over 99% of the herbs that they buy, whether cultivated or wild-collected, are organic.

CCOF-logoIn 1980, they were the first American company to market a range of organically and domestically grown herbal teas made from herbs grown at Trout Lake Farm. In 1995, they became a member of the California Certified Organic Farmers (CCOF), both an organic certification agency and organic trade association.

Traditional Medicinals® is a CCOF-certified organic handler and processor. CCOF inspects their operation and reviews our labels to verify that they meet the USDA National Organic Program (NOP) organic standards and regulations, which became law in 2001.

By the mid-2000’s, they were able to transition nearly all of their wild-collected botanical ingredients to organic certification in compliance with USDA’s new “Wild-crop Harvesting Practice Standard”.

They believe in the integrity and biodiversity of our ecosystems. That’s why 100% of their herbal teas are Non-GMO Project Verified. Our Non-GMO standard not only applies to the herbs they use, but also to their tea bags and strings – ensuring that every part of what steeps in your cup is healthy for your body and the environment.

It is a long-standing policy of theirs to purchase and use non-GMO (genetically modified organism) botanical ingredients and packaging components. They remain opposed to the practice of genetic engineering, an experimental technology which merges DNA (deoxyribonucleic acid) from different species, creating unstable combinations of plant, animal, bacterial and viral genes that cannot occur in nature or in traditional crossbreeding.

They believe that everyone deserves a fair wage for hard work. That’s one of the reasons why they’re committed to fair trade. Traditional Medicinals® is a registered Fair Trade “brandholder”, “licensee” and “manufacturer,” and their products are certified by Fair Trade USA, an independent third party certifier. They were an early adopter of Fair Trade, having launched their first fair trade tea product in 1998, just one year after Fairtrade International (FLO) was established. They continue to work closely with their network of producers to help them to implement fair trade standards and get certified.

TeaPigs teas are natural products and that means it shouldn’t be adulterated by anything nasty (including attitudes). They source their teas from top quality, well-run estates. Due to quality and sourcing reasons, not all of their teas are organic but they are always 100% natural and tested against pesticides.

Teapigs are the amazing beverage for your days!

The very first Plastic-Free Trustmark from A Plastic Planet. This certifies packaging which is free of conventional plastic derived from fossil fuels. Their 15s and 50s packs of tea temples, their tins of tea and matcha tins are certified plastic-free.

Their everyday brew blend has Rainforest Alliance certification. They’re working with the RA to get their black tea estates certified so you can see the little green frog on loads more of their packs!

Teapigs are members of The Ethical Tea Partnership (ETP); a not for profit organisation working to improve tea sustainability, the lives and livelihoods of tea workers and smallholder farmers, and the environment in which tea is produced.

They’re an approved supplier of the Sustainable Restaurant Association which helps guide restaurants in all areas of sustainability – from the way they source their products, to the way they impact society, staff and the environment.

Pukka Teas use the incredible power of plants and inspire you to lead a more conscious life. They strive every day to help create a Pukka planet benefiting people, plants and the planet.

The Pukka teas are another perfect and delicious option to enjoy organic teas!

Our planet is our home. From being Fair for Life certified, sourcing organic ingredients to reducing their carbon footprint, they believe a healthy world means a healthy you.

89% of the wild-sourced herbs they source are certified Fair Wild.

Commited to becoming carbon zero by 2030

All their teas are Fair for Life, one ot the fairest trade systems in the world.

Using business as a force for good as a certified B Corp since 2016.

Carbon footprint – from ‘crop to cup’

In 2017, for the first time, their team was able to map their carbon footprint, breaking down their total carbon output from the fields where their herbs are grown right through to enjoying a cup of tea.

Rishi Tea’s commitment to sustainability is a core part of their philosophy that stems from the organic tea gardens where their teas are harvested. Their firsthand experience in many tea-growing regions led to their heightened awareness of the dire need for social responsibility. Rishi Tea was among the first to earn organic certification under the USDA’s Natural Organic Program in November of 2002.

Enjoy the Rishi teas every day!

They believe that organic certified teas and herbs, grown without the use of agrochemicals like pesticides and fertilizers, are generally healthier for the environment, farmers and tea drinkers alike.

They are a Direct Trade importer of organic teas and botanicals from the very best sources. Their Direct Trade is founded upon long-standing, personal relationships with growers who cultivate ecologically sustainable gardens in remote locations around the world.

Tea was originally a food and medicine long before it became a steeped beverage. It is only natural that their tea practice draws inspiration from numerous disciplines, including third wave coffee; cocktail mixology, sommeliers’ oenology; botanical apothecary; and the traditional culinary arts from global food cultures.

Frontier- Co-op Teas committed to the health and welfare of the environment and all the people involved with producing and consuming their botanical products.

Stewardship: the careful and responsible management of something entrusted to one’s care — in Frontier Co-op’s case, this includes the health and welfare of the environment and all the people involved with producing and consuming their botanical products.

They meet personally with growers whenever possible and help them improve their livelihood through true partnerships built upon mutual respect for quality botanicals and sound social and environmental practices. Their Well Earth sustainable sourcing program is built on the expertise they’ve gained from over three decades of experience buying botanicals. The direct relationships of Well Earth help farmers and allow them to develop effective and meaningful social giving projects for their grower communities.

In the spring of 1992, employee volunteers planted 21 acres of tallgrass prairie at their Norway, Iowa, headquarters on land that was previously corn and bean fields. The prairie, which contains dozens of species of grasses and forbs, later became part of the United Plant Savers Botanical Sanctuary Network, a group of environments dedicated to restoring and preserving natural habitats and native plants.

In order to ensure quality in their products, they set high quality specifications and buy direct from responsible, sustainable sources — certified organic whenever possible. They handle product carefully from receiving to shipping to maintain quality and do extensive product testing to guarantee safe, high-quality products.

Doing business sustainably involves measuring your success in terms of social and environmental responsibility as well as financial results. They care deeply about the effect Frontier has on the world they live in — the people and communities they do business with, the way the production of their botanical products affects the environment, and the holistic health of them all. 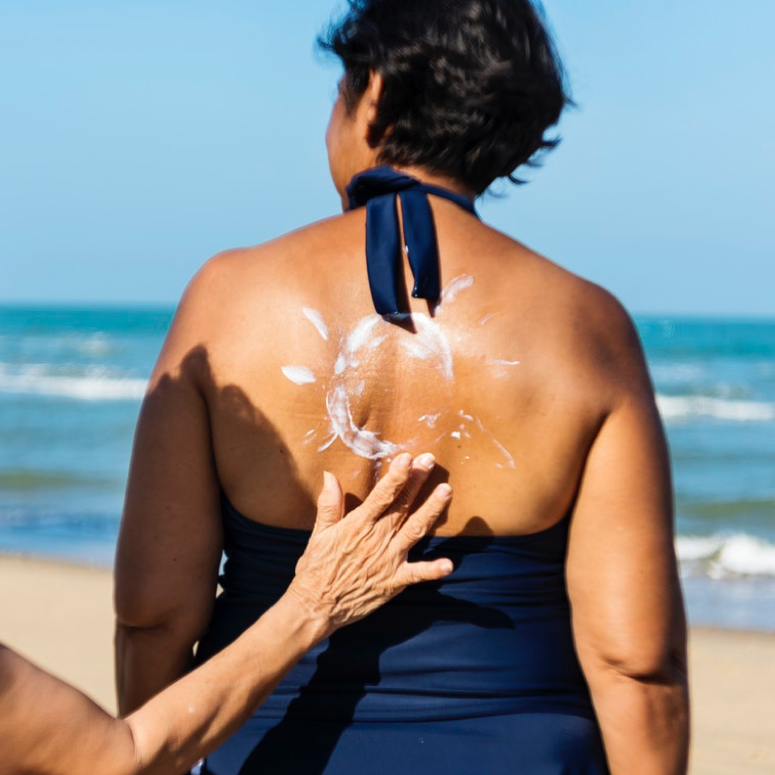 Your sunscreen might be doing more harm than good 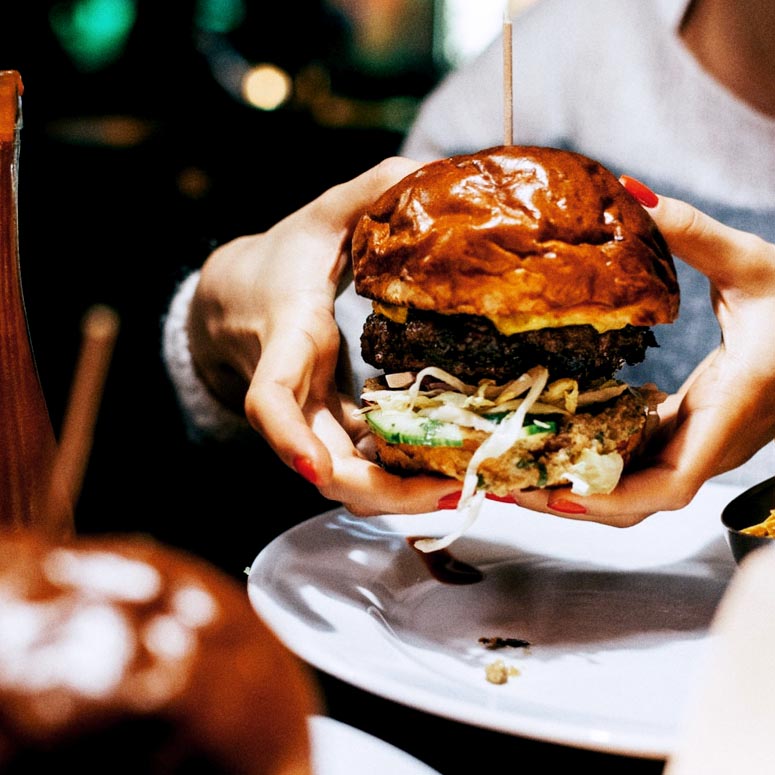 Where Does Our Food Come From? 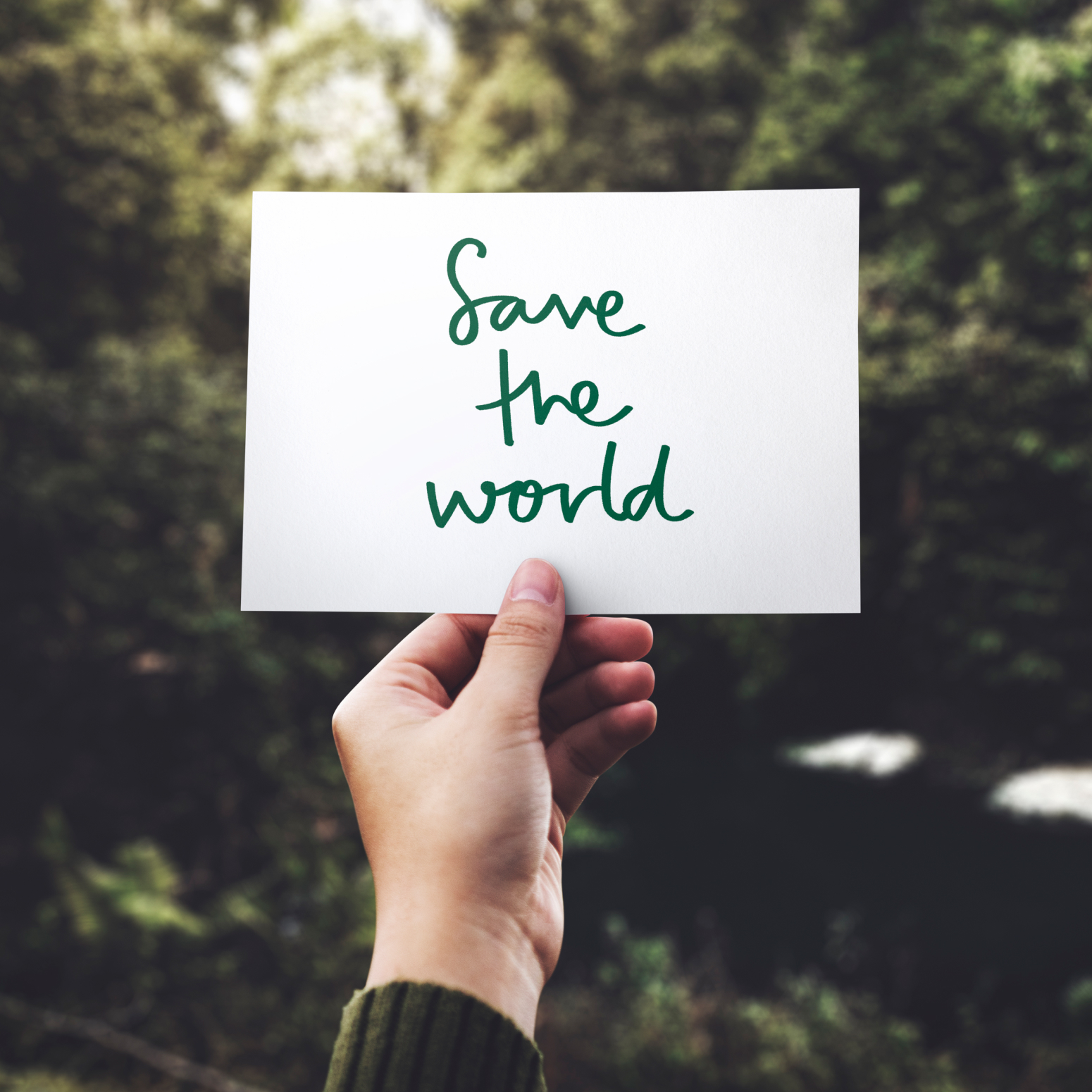 5 Easy Ways To Reduce Your Carbon Footprint in 2019

What Impact Does A Vegan Lifestyle Really Have On The Environment?